A Unique Approach to Site Intercepts by the FEC

At larger organizations and government agencies, there are strict controls over what kind of intercepts can appear. Sometimes there are clever ways to implement Ethnio as an intercept without placing JavaScript. The FEC came up with an approach to do just that.

The FEC wanted to test new features on their website using a screener. But they wanted to find a way to intercept visitors and also leverage their existing feedback drawer for that intercept. The question was, since they already had a mechanism for feedback, a place where they could already control content, could they use this and screen respondents? Please note this was originally published on GitHub.

Using Ethnio, the FEC could easily take advantage of their current feedback drawer, customizing a sign up button and description that naturally sent visitors to their screener. 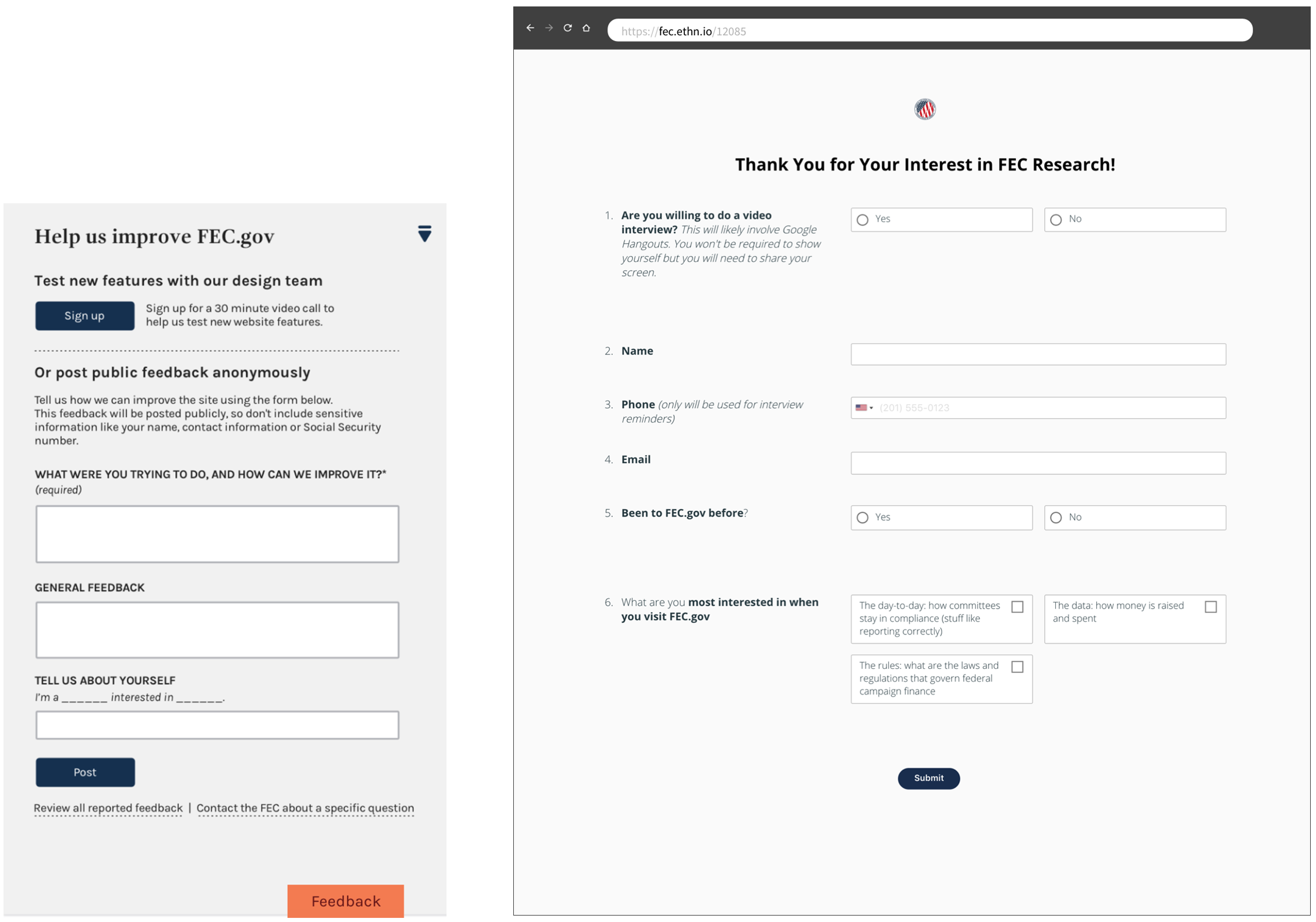 With Ethnio they had complete control over the design, appearance, and language of the screener, once their respondents clickd through. This meant the FEC could easily apply their own colors, styles and logo to each, fully integrating the screener into their web experience.

One feature that wasn't used, but that can be helpful in similar situations, is the intercept exclusivity system for managing multiple popups, and making sure only one appears at a time. But using their own feedback drawer meant this was guaranteed to not be a problem for their site visitors.

There were some concerns about how the Ethnio screener might display on mobile against the feedback drawer. Would it overlay on top of the drawer?

This was not a problem. Because the sign up button sent users to a separate tab, displaying the screener in a new and responsive page, they didn’t have to worry about any overlapping issues. This also removed unnecessary and distracting links and producing higher conversion rates from visitors that clicked through. 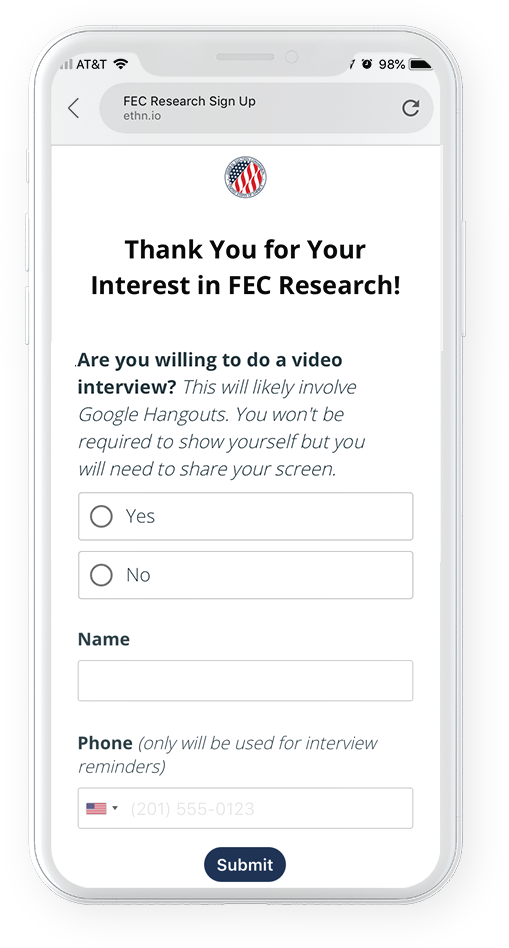 Having the ability to add a web intercept and integrate Ethnio into the feedback drawer revealed just how adaptable this research tool is in any product ecosystem. As a result, The FEC were able to collect even more feedback at more touch points and push their product testing into new layers of the website they never considered.

Testing these kind of features is essential in helping the FEC meet their goals and make information on the democratic process more accessible for everyone. Read more on Github about the details.