We're excited to be giving away one free ticket + $1k travel stipend to the first ever Rosenfeld Advancing Research conference at the Museum of the Moving Image in New York on March 30th - April 1st, 2020. The contest is judged by the esteemed Steve Portigal and here's how to win:

You read that correctly. All you have to do to enter is post an uplifting story about a research participant in 100 words or less, tag @ethnio, and use the hashtag #ar2020. It can be someone you remember for their impact on your study, someone you related to, or even an amazing quote that you remember.

The contest begins on February 5th and closes on Feb 26th. Winners will be announced on March 4th on the @RosenfeldMedia Twitter account. The winner will be chosen by the Steve Portigal, author of Doorbells, Danger, and Dead Batteries: User Research War Stories, as well as Interviewing Users, AND host of the rad Dollars to Donuts podcast. 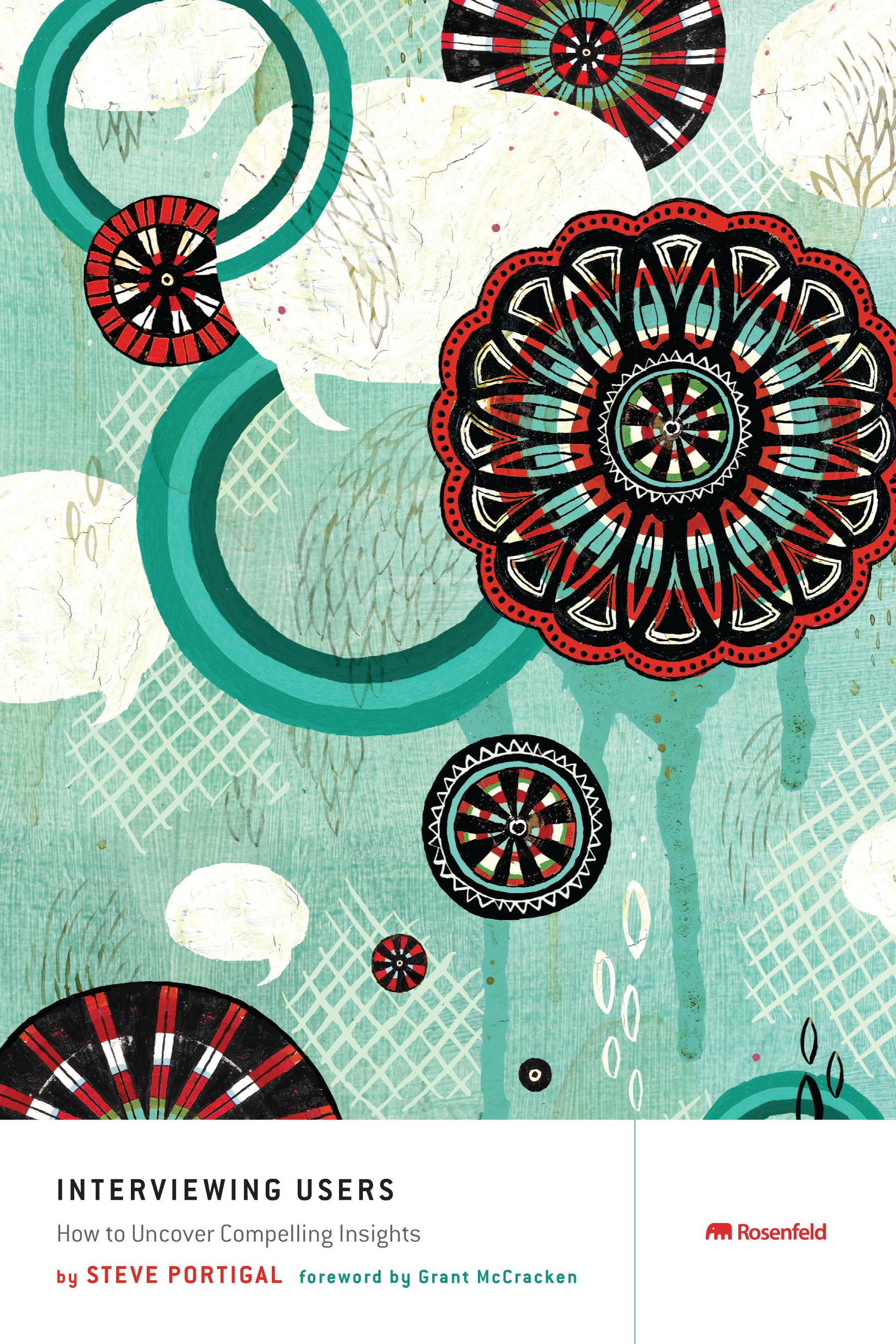 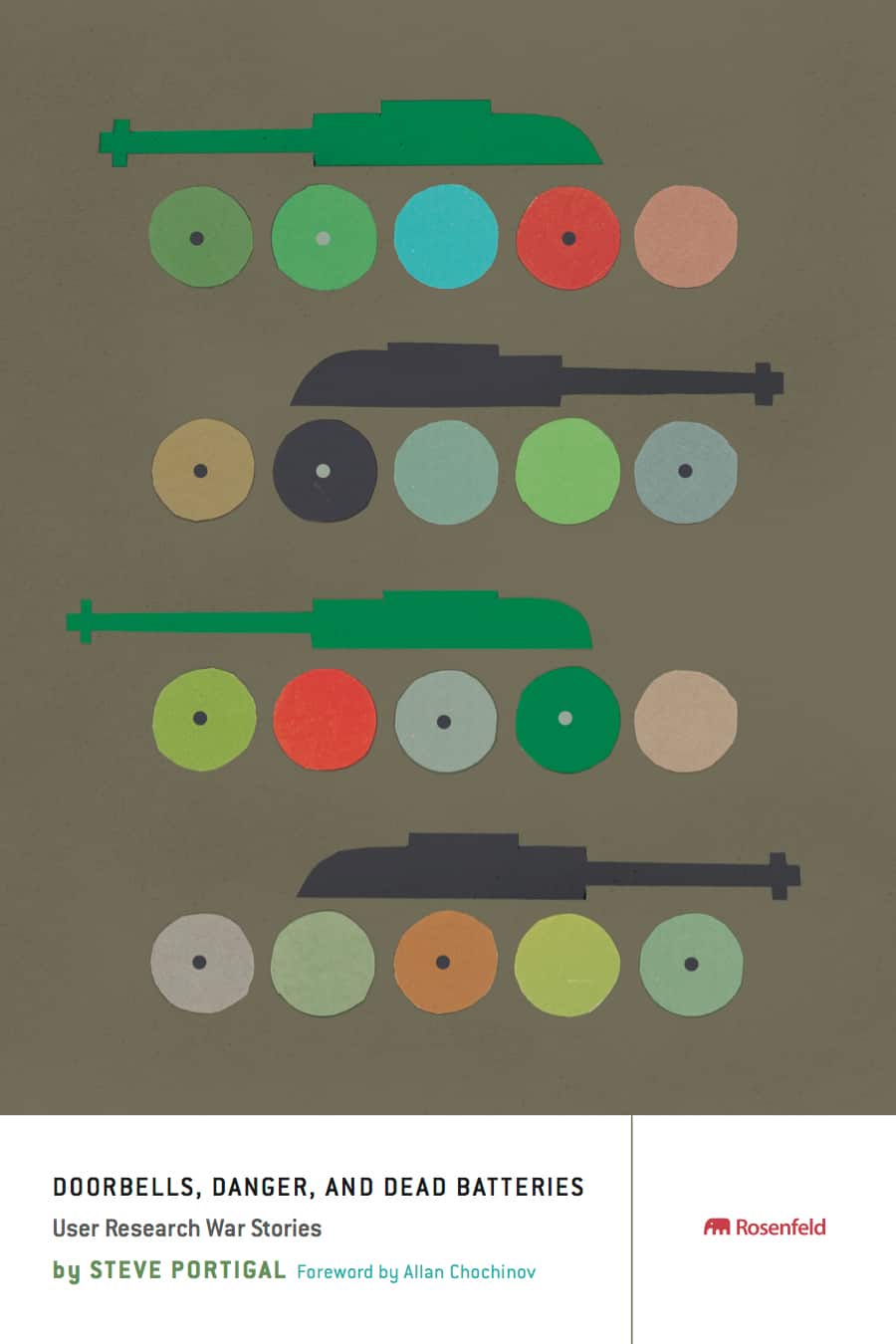 How do you enter?

We’re doing this on Twitter and LinkedIn, so all you have to do to enter is post on either platform! Really anything counts as a story that's uplifting to you, but Steve will be choosing the most creative or generally awesome story as the winner.

What do you need to say in your tweet?

It does have to fit inside a threaded 3-post tweet or LinkedIn post, and you can include a screenshot or image, or even a video if you won't be violating any suffocating NDAs.

We’ll go first, to help give you a better idea: 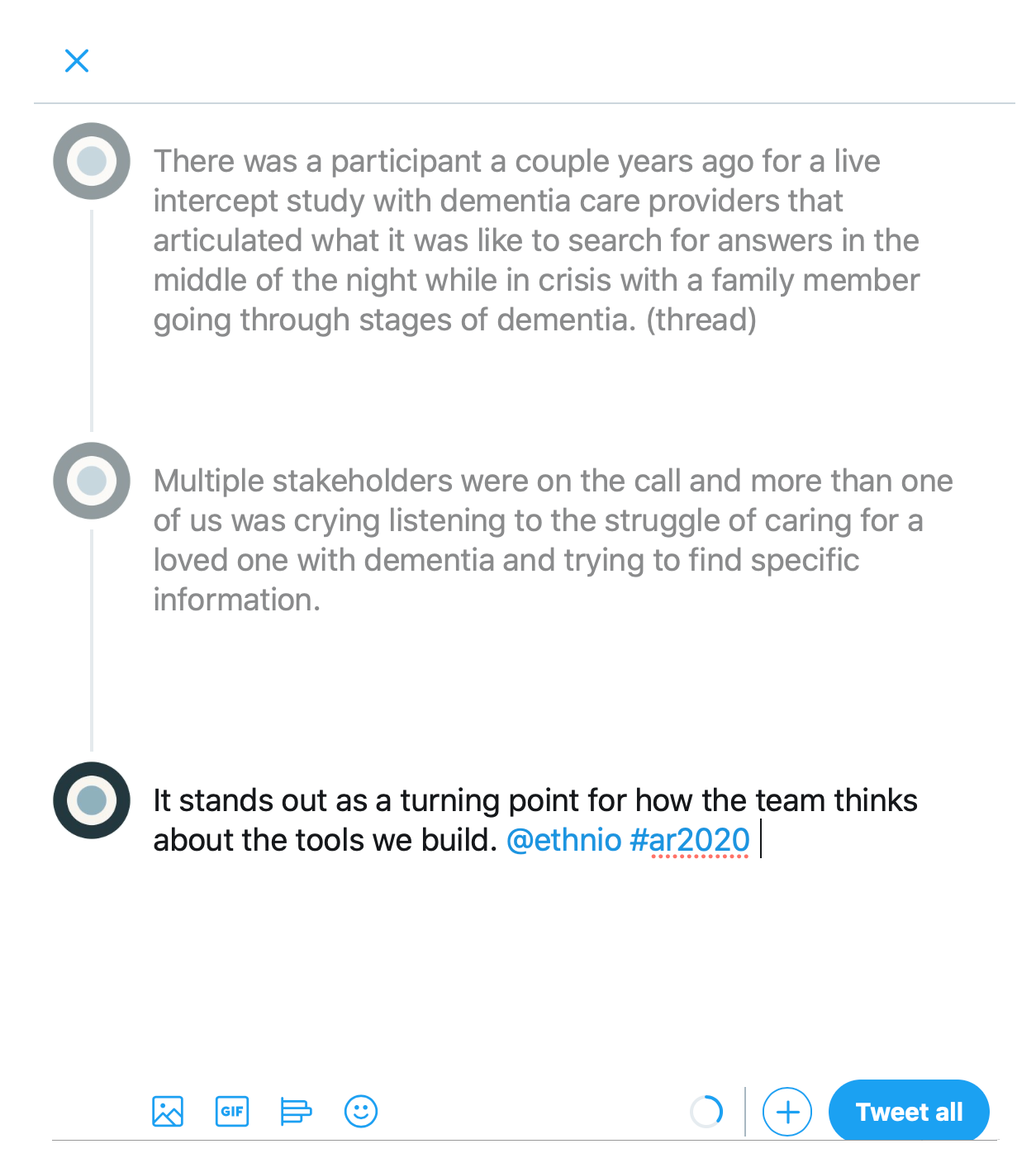 Fundamentally opposed to Twitter? Not to worry, we totally get that. Post on LinkedIn according to the same guidelines and you'll also be entered in the contest. See below for official contest rules and regulations.

What exactly do you win?

More about the conference

#ar2020 takes place in Astoria, Queens—just 15 minutes from midtown Manhattan, and one of New York City’s most diverse, culturally-rich neighborhoods. We’ll convene for the main conference (March 30-31) at the stunning Museum of the Moving Image.

Entrants must be 18 years of age or older.
Ticket and travel stipend are non-transferable, and no cash or other prize substitution is permitted.
The odds of winning depend on the number of eligible entries received.
Anyone posting duplicates or found to use multiple Twitter accounts to enter will be ineligible.

This Ethnio campaign is in no way sponsored, endorsed, administered by, or associated with Twitter or LinkedIn. And the entry must fulfill all campaign requirements, as specified, to be eligible to win a prize.